Amongst 400 new car and truck dealers and dealer association executives from across the country, members of the NHADA board and I gathered for two days of education and advocacy on the automotive retailing industry’s top legislative and regulatory issues during NADA’s 47th annual Washington Conference.

A luxury tax was not on this year’s agenda, but plenty of other issues were, including LIFO accounting relief for dealers, a proposed rule by the Federal Trade Commission (FTC) that would have massively negative implications on consumers and the vehicle sales process, legislation to fight catalytic converter theft, and the scramble to decode new electric vehicle tax incentives. 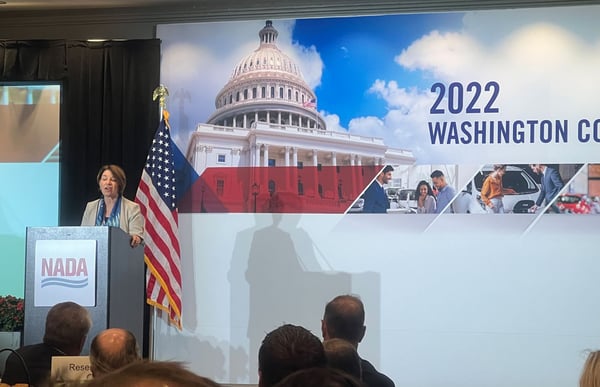 NADA President and CEO Mike Stanton kicked off Tuesday morning’s NextGen program by explaining the important role the next generation of auto dealers play in shaping the future of their businesses and their industry. That effort, Stanton explained, starts in Washington, D.C. 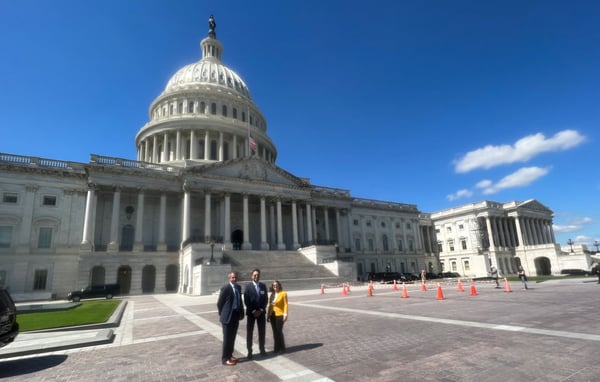 It was a message echoed by Matt Laughridge of the Terry Reid Group in Cartersville, Ga. “Being a young dealer doesn’t mean you have to wait 20 years to be impactful. Get involved now.”

We had great meetings with Congressman Kuster and Pappas and their teams as well as with lead staffers for Senators Hassan and Shaheen.