Now is not the time to become complacent with pre-placement drug testing. For many years, the WCT Board has mandated that a ten-panel pre-placement drug test must be performed on all new hires. The Member has the choice as to whether or not to test for marijuana. But if the applicant fails the test they may not be hired. The consequence of hiring an applicant who has failed the test or was not tested is the Members responsibility for the costs of that applicant’s worker’s compensation claims(s). If a Member is able to overlook all of the positive benefits of keeping active drug abusers out of their workplace is it worth gambling with the cost of a worker’s comp claim to not perform a pre-placement drug test?

Preventing the hire of illicit drug users from our places of employment, has proven to reduce WC claims and claims cost, decrease health insurance costs, decrease sick time abuse, increase security and improve morale. Employers who have a steadfast drug testing policy are looked upon favorably by their community members.

Although everyone’s recent focus has been on the pandemic, the opioid crisis continues to rage in New Hampshire.

The Concord Monitor reported in July 2020 that, “The number of overdose deaths in New Hampshire has increased by about 30% since last year, according to new data from the Medical Examiner’s Office. In May, the state reported 45 fatal overdoses, compared to 35 in May of 2019. The majority of the overdoses this year involved a combination of fentanyl and other drugs, followed by fentanyl alone. The state has had the highest rate of fentanyl overdose deaths per capita in the United States for many years, according to a study published in April. Overdose deaths in 2020 had been relatively consistent with the 2019 numbers until April when the number spiked.”

Please remember not to allow the applicant to work until the drug test results are back. Non marijuana rapid tests are now available and results are available, in some cases, on the day of the test. There are times however, when additional lab testing is required and this takes more time. If the applicant tests positive for a medication, the medical review officer has to contact the applicant to determine if they have a prescription for the drug for which they tested positive. Usually this takes a couple of extra days, perhaps longer if the applicant does not return the MRO’s calls. It is important that employers not make assumptions when testing takes longer. It doesn’t always mean the individual tested positive. Patience is the key here.

Pre-placement drug tests are not required for 120 days after an employee was laid off or furloughed due the Coronavirus pandemic.

We have been notified that many testing centers are busy with Covid Testing, flu shots, occupational health visits and other medical issues. The most efficient way for your applicants to get their pre-placement drug test is to call and schedule an appointment. If you need help at anytime during the process please call Marta Silakka at 800-852-3372 or msilakka@nhada.com.

The WCT Loss Prevention staff developed the NHADA Strategic Hiring Guidelines with the assistance of Labor and Employment Law experts at Devine Millimet. Contained in the Guidelines are everything Members need to develop to implement drug testing policies and procedure.

Join us on October 29, 2020 from 9:00 to 11:00 for our annual Reasonable Suspicion Drug Testing Webinar, presented by Labor and Employment Law expert Peg O’Brien and On site Drug testing owner Kim Argrew, formerly Kim Reid. They will be addressing not only reasonable suspicion drug testing but also pre-placement drug testing and associated questions, so have your questions ready.

If you have any questions about pre-placement drug testing please contact Pete Sheffer at 800-852-3372, or psheffer@nhada.com 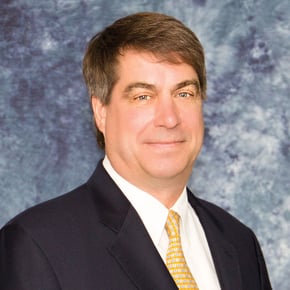 Peter Sheffer earned his Bachelor of Arts degree from the University of New Hampshire in 1984. His claims career began shortly thereafter with a commercial insurance company where he obtained his multi-line claims adjuster license. From 1986 to 2005, Pete worked for a large self insurance pool in New Hampshire, handling workers compensation claims for public sector employers. Starting as a road adjuster, he worked his way up to Claims Manager, a position he held for six years before joining the NH Automobile Dealers Association Workers’ Compensation Trust in 2005.