Priscilla Vaughan, the DMV Title & Anti-Theft Bureau Chief, is set to retire from the DMV at the end of February. 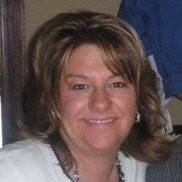 Mrs. Vaughan, a long-time friend of NHADA, has been the NH lead on title issues since 2001 and has been with the DMV since 1982.

Priscilla has always been a quick phone call away and eager to solve complicated title issues for our members and the citizens of NH. She has always kept dealers in mind as her customers. Under her watch, she helped establish our NHADA Title seminar that we offer quarterly at NHADA and it is still one of the most popular educational offerings we host.

NHADA is sad to see her retire but happy for her and wish her all the best in her retirement.

On January 26th Governor Sununu nominated to the Executive Council John Marasco of Hooksett to be the next Director of the Division of Motor Vehicles. NHADA has met with and knows Major Marasco well and enthusiastically supports his nomination. The Executive Council will meet and vote on his nomination on February 16th. NHADA recently met with and spoke to John on issues of joint concern. We are very supportive of his vision for the DMV and our priorities align with his views on efficiency, electronification of DMV services, training for the future, and customer service. John is looking forward to the opportunity to be at the helm of the DMV and get to know NHADA and our membership even better.

An excerpt from his bio is below:

John Marasco has been a member of the New Hampshire State Police for the past twenty-five years and he is currently assigned as a Major of Investigations and Information Security.  In his current assignment, Major Marasco is responsible for the oversight of the agency’s Justice Information Bureau, which includes the Criminal Records Unit, the Permits and Licensing Unit, the Sex Offender Registry, the Communications Center, the J-One Program, the NCIC Unit, and all Criminal Justice Information Services.  Additionally, he oversees the Investigative Services Bureau, which is comprised of the Major Crime Unit, the Special Investigations Unit, the Narcotics Investigation Unit and the NH Information and Analysis Center.

Prior to being promoted to his current position in 2018, Major Marasco served as a Captain providing oversight to the New Hampshire Office of Highway Safety, which is focused on saving lives on New Hampshire’s roadways throughout the state.  Major Marasco also served as the Lieutenant of the agency’s Recruitment and Training Unit, during which time he conducted the hiring process for State Trooper candidates, collaboratively developed marketing strategies, facilitated the implementation of-line training solutions for the department, and was assigned as the agency's Human Resources point of contact.

One of Major Marasco’s passions is working to empower community members through the coordination of events that bring public safety officials and the public together and he was recognized for his police-community relations efforts in 2017 when he was awarded an MLK “Keeping the Dream Alive” award by the National Cultural Diversity Awareness Council.