A drive to improve the motor vehicle workforce in NH this winter has included comprehensive testing and shortly will also involve hands-on auto repair competition for high schoolers from throughout the state who study automotive technology.

Ultimately, one team of aspiring techs will venture to New York City in April to compete nationally.

The NH State Auto Contest is an outgrowth of previous annual competitions that have occurred for many years in NH, but it takes on a different approach in 2018, as it will involve, instead of only one automotive manufacturer, many. Prizes, in the form of scholarships, will go to the most successful contestants, who may choose among many manufacturer-approved auto tech study tracks instead of only one.

“We are offering a wonderful new competition that will attract talented high schoolers from throughout New Hampshire. From that group, we hope to grow our workforce,” said Jessica Dade, NHADA workforce recruiter.

The competition is being developed by Jessica and Jamie Decato, automotive technology instructor at Lakes Region Community College.

The work seemed like a natural progression for Mrs. Dade, whose mother and grandfather were both heavily involved in the auto industry and the NHADA. Jessica and Jamie have known each other for many years, from days when Jamie was a young technician working for Jessica’s grandfather at his automobile dealership in Laconia.

The testing of high schoolers occurred this past fall, and has been conducted by Jessica, who travels the state to promote the auto trades. The top two scorers of the 100-question test at each school receive $2,000 scholarships to be applied toward their future auto tech studies at one of the four community colleges offering an auto tech track. Second place finishers will receive a $1,500 scholarship, and third place finishers receive $1,000. The scholarships are provided by the NH Automotive Education Foundation (NHAEF), NHADA’s not-for-profit affiliate .

The top two scorers from each high school will then pair up to represent their school as a team. From the 15 schools tested, the top 10 scoring teams will be sent to the hands-on competition to be held January 13 at LRCC. The top three teams to finish at the hands-on competition will receive additional scholarship money, tiered in the same fashion.

In the hands-on contest, teams will work to “repair” Toyota Camrys, each of which will have a deliberately placed malfunction, identical for all 10 teams competing. The vehicles will be loaned by LRCC, which hosts the Toyota training track, and by generous contribution of Irwin Toyota of Laconia.

The winning team advances to an intense, three-day, national competition during the New York Auto Show in April at the Jacob Javits Convention Center in New York City. 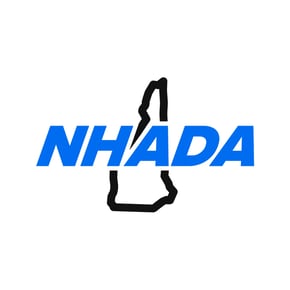 Michael Kopp Nominated for Time Dealer of the Year Award

Michael Kopp of North Country Ford has been nominated for the 2021 Time Dealer of the Year Award. The award is given to ...
Start Reading
NHADA Feb 25, 2021 1 min read

The NH Department of Safety has compiled a comprehensive list of all lenders and where those lenders want the titles mailed to. ...
Start Reading
SUBSCRIBE TO OUR NEWSLETTER
We will only send you information that you have subscribed to. 👍🏻
- Member-only content can be accessed through your Member Portal.