Those of you still waiting for refunds from the IRS may find this Snippet from the National Taxpayer Advocates Annual Report to Congress interesting. Despite these challenges, the IRS still processed over $1.5 Trillion of refund checks during the worst of the pandemic. I guess the word of the day is “patience.”

Major Challenges for Taxpayers
"There is no way to sugarcoat the year 2021 in tax administration," Collins wrote. "The year 2021 provided no shortage of taxpayer problems."

Although e-filed returns fared better than paper returns, the report says millions of e-filed returns were suspended during processing due to discrepancies between amounts claimed on the returns and amounts reflected on IRS records. The most common discrepancy involved Recovery Rebate Credit (RRC) claims by taxpayers who did not receive some or all of their stimulus payments as EIPs the prior year. These returns had to be manually reviewed, and the IRS issued more than 11 million math error notices to taxpayers over RRC discrepancies with IRS records. When a taxpayer disagreed with a math error notice and submitted a response, the taxpayer's response went into the IRS's paper processing backlog, further delaying the refund.

Collins is concerned that the number of returns suspended and requiring manual processing is likely to be high again in 2022. In March, Congress authorized two advanced tax credits that may result in additional discrepancies between amounts claimed on tax returns and in IRS records. It authorized a third round of EIPs that may be claimed as RRCs by taxpayers who did not receive them, and it authorized monthly payments of the Advanced Child Tax Credit (AdvCTC) for the second half of 2021, both of which will have to be claimed and/or reconciled on 2021 Individual tax returns. The IRS is attempting to minimize discrepancies by sending notices to taxpayers who received EIPs and AdvCTC showing how much they received, but millions of discrepancies - and math error notices - remain likely.

At the postponed filing deadline of May 17, 2021, the IRS was holding 35.3 million tax returns for employee review that consisted of roughly half unprocessed paper returns and half tax returns suspended during processing, leading to refund delays for many of these taxpayers. "Refund delays have a disproportionate impact on low-income taxpayers," the report says. "Earned Income Tax Credit (EITC) benefits are worth up to $6,600, Child Tax Credit benefits [were] worth up to $2,000 per qualifying child under tax year 2020 rules, and RRCs are potentially worth several thousand dollars for families who did not receive some or all of their EIPs. Millions of taxpayers rely on the benefits from these programs to pay their basic living expenses, and when refunds are substantially delayed, the financial impact can range from mild inconvenience to severe financial hardship." 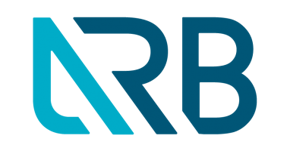